The iReceptor Plus Ethics Advisory Board (EAB) is comprises prominent independent ethics experts in the fields of genetic data sharing.

This international board, consisting of ethics advisors from Norway, Ireland and Canada, was given the vital job of monitoring and providing guidance and input on all activities planned in iReceptor Plus and raise any ethical issues that may occur throughout the implementation of the project.

The members of the iReceptor Plus Ethics Advisory Board are: 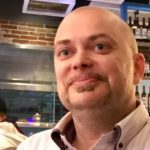 Prof. Yann Joly is the research director of the Center of Genomics and Policy (CGP). He is an Associate Professor at the Faculty of Medicine’s department of human genetics cross-appointed at the Bioethics Unit at McGill University in Montreal. He was named advocatus emeritus by the Quebec Bar in 2012 and Fellow of the Canadian Academy of Health Sciences in 2017.

Prof. Joly’s research interests lie at the interface of the fields of scientific knowledge, health law (biotechnology and other emerging health technologies) and bioethics.

Joly created the first international genetic discrimination observatory (GDO) in 2018. He has published his findings in over 150 peer-reviewed articles featured in top legal, ethical and scientific journals.

Prof. Aisling de Paor is an associate professor of law at the School of Law and Government at Dublin City University (DCU), where she lectures in the medical law, genetics law and the moot court module. She is also the liaison officer of the school’s law firm and coordinates the BCL internship program.

Aisling graduated from National University of Ireland, Galway with a law degree (B.C.L.) in 2005 and graduated from University College Cork with a masters in law (LL.M.) in 2006. Prof. de Paor also has a doctoral degree from NUI Galway (2013). She is a qualified solicitor and trained in LK Shields Dublin (2006 – 2009), as well as an honorary research fellow at the Burton Blatt Institute at Syracuse University in New York and was a visiting scholar at this institute in October 2012, May 2014 and June 2018.

Before joining DCU, Aisling was a part-time lecturer in law at the School of Law, NUI Galway (2009 – 2014), lecturing modules including health law and policy, and genetics, disability and the law. She has also worked as a Research Assistant at the Center for Disability Law and Policy (2009 – 2010).

Aisling is author of the book Genetics, Disability and the Law (Cambridge University Press, 2017), co- editor of a book entitled Genetic Discrimination – Transatlantic Perspectives on the Case for a European Level Legal Response (Routledge 2014) and author of various articles in journals including the European Journal of Health Law. 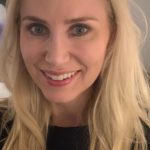 Heidi Beate Bentzen, LLM, of the Faculty of Medicine and the Faculty of Law at the University of Oslo in Oslo, Norway, conducts research on the legal regulation of genetic and health data processing in the EU, particularly pertaining to personalized medicine and data sharing.

She is also an academic affiliate at the HeLEX Centre for Health, Law and Emerging Technologies at the University of Oxford and a member of the United Nations Special Rapporteur on the Right to Privacy’s Task Force on privacy and the protection of health data.

Bentzen advises and serves on several boards in the field of biotechnology, medicine, ethics and privacy and conducts ethics reviews for European Commission research programs.