iReceptor Plus presented at the Canadian Research Software Conference in Montreal

The iReceptor Plus Project was featured at the Canadian Research Software Conference in Montreal, which took place on May 28-29 in Montreal, Canada.

Managing such a diverse research project for developing software was very complex, given the fact that 19 partner groups from nine countries covering 10 time zones were involved. Originally funded by the CANARIE Network Enabled Platforms program, the iReceptor project has grown through funding from the Canada Foundation for Innovation, further funding from CANARIE and most recently a joint EU Horizon 2020 and Canadian CIHR grant.

iReceptor Plus technical manager Dr. Brian Corrie of the Simon Fraser University – who was among the speakers discussed the complex scientific – discussed the challenges of running such a complex software engineering project and balancing those challenges against the benefits of such a diverse research collaboration. Also attending the conference from the iReceptor team were developers Jerome Jaglale and Boja Zimonja. 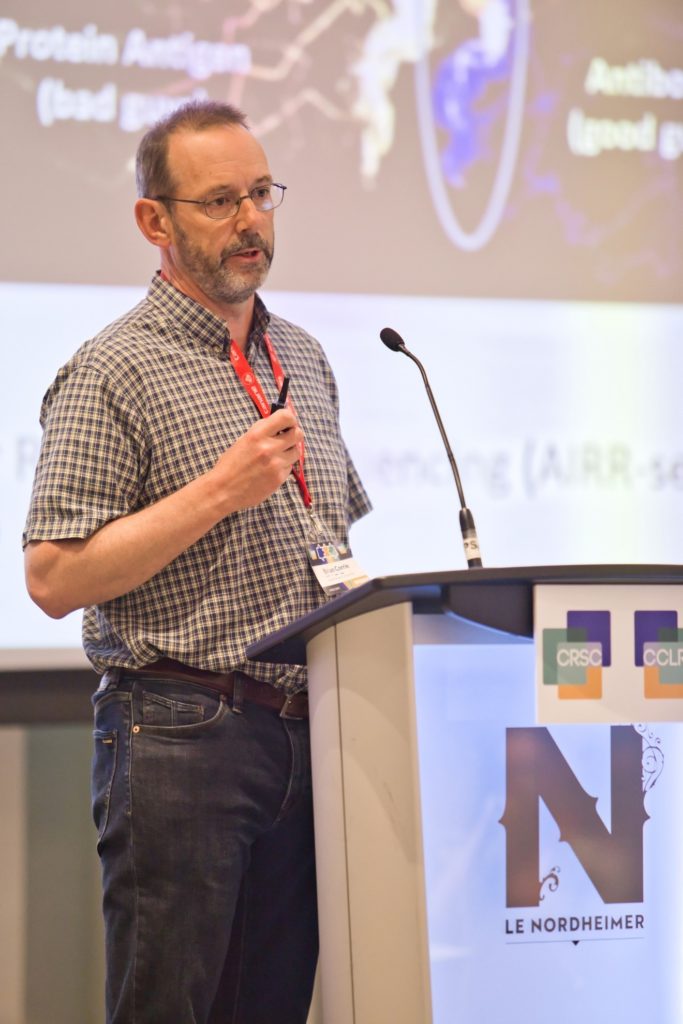 CANARIE and its provincial and territorial partners form Canada’s National Research and Education Network. This ultra-high-speed network connects Canada’s researchers, educators and innovators to each other and to global data, technology.

Established in 1993, CANARIE is a non-profit corporation, with most of its funding provided by the Government of Canada.

iReceptor Plus will enable researchers around the world to share and analyze huge immunological datasets taken from healthy individuals and sick patients that have been sequenced and stored in databanks in multiple countries.

The “Art Gallery” of Data: How the AIRR Community is Making Health and Genomics Data More Valuable through Sharing